Spotted, marijuana growing right there at Tower Bridge across from City Hall, London, England and the BBC.

Growing Marijuana in Front of the Tower Bridge 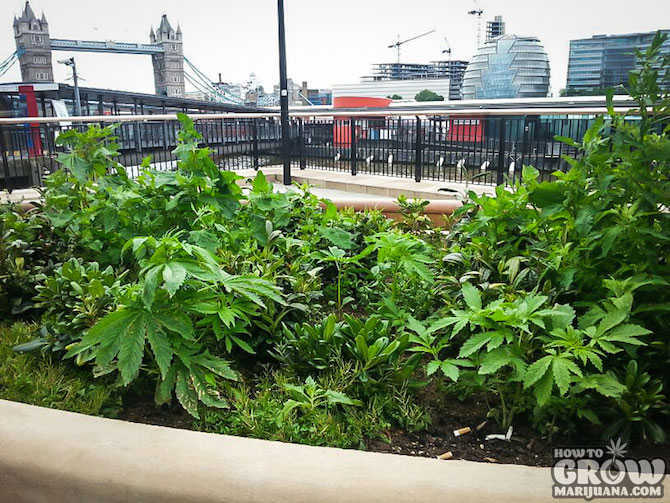 Marijuana growing along city streets? Flowering plants tucked into public gardens? Not even Colorado has gone so far as to include cannabis in decorative public landscaping. But renegade cannabis activists in London are making it happen every day.Cannabis advocate group Feed the Birds has been distributing cannabis seeds to anyone interested in helping their cause since 2014. 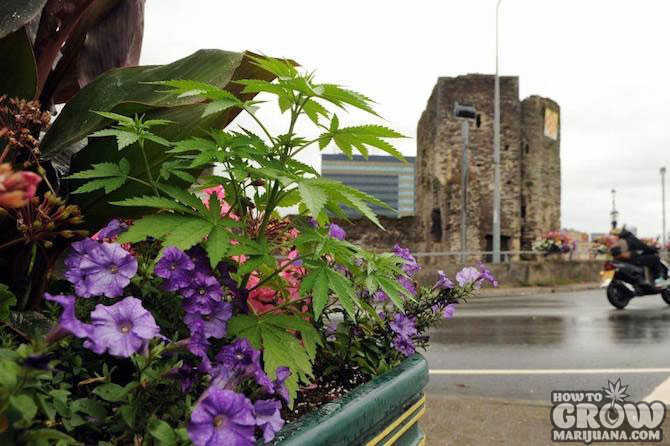 What do these guerrilla growers hope to accomplish? According to Finn Hemingway, a representative of Feed the Birds,“We have two primary objectives. We want to raise awareness for medicinal users who need cannabis to improve their quality of life. We also want to supply medicinal and recreational users with seeds so they are no longer dependent on the black market dealers.”As marijuana legalization spreads across the United States and other nations, like Uruguay, legalize both recreational and medicinal use of cannabis, many people in London are calling for similar legal action.Feed the Birds started by simply encouraging people to, literally, feed the birds with marijuana seeds. Since it is only the cultivation and use of cannabis that is illegal in the UK, possessing the seeds is not a crime. Feed the Birds encouraged members to scatter hemp, and later psychedelic strains of cannabis, along with other common bird seed in public places throughout the UK.As you may know from your own experiences growing marijuana outdoors, the early weeks are a delicate time for a cannabis seedling. In a round-about way Feed the Birds has also encouraged growers to start seeds at home, transplanting sturdy seedlings into public gardens later on. However, this approach carries a much greater risk, as growing marijuana is still illegal.Since most seeds won’t make it, and planting seedlings is risky business, Feed the Birds has attacked with numbers. In just two years Hemingway reckons they have distributed well over a million cannabis seeds.The result? Thousands of cannabis seedlings and even a few full grown plants, thriving in the cool humidity of London. They’re growing near Big Ben, the Tower of London and the Shard. 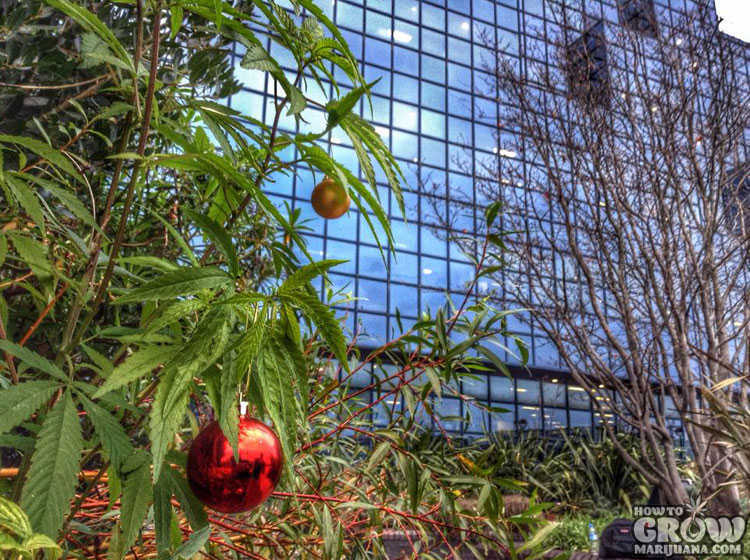 “The war on drugs is a catastrophic failure, and I think that cannabis growing openly on the streets of London emphasizes how ludicrous our drug laws are."These lines from the Feed the Birds’ Twitter page express the intention behind the thousands of marijuana plants popping up around London.Feed the Birds aren’t the only ones protesting marijuana laws with guerrilla grows. In 2013 thousands of marijuana seedlings popped up throughout Gottingen, Germany in a similar protest.As the campaign grows and evolves, so has the distribution. Now seeds are being carefully selected for each region of the UK, with particular strains being sent to each different area. This ensures that the plants thrive from Scotland to Wales.RELATED: Select the Right Cannabis Seed Strain for your Climate Zone 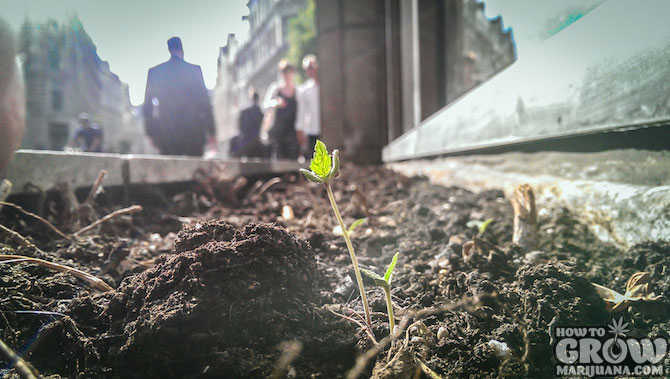 Medicinal users have been supplied with auto-flowering and feminized cannabis seeds. The hope is that these easy-to-grow strains will help first time marijuana growers have a good experience. If medicinal users can supply themselves with quality buds, they won’t have to participate in the black market. This gives them greater freedom, plus they can count on a consistent supply of good bud at their disposal.Their Facebook page expresses their support of medicinal users:

“In an ideal world I would like to see medicinal users not being sent to prison for everyday use.”

Feed the Birds hopes to grow into more than just a group of botanical advocates. They are hoping to put together a go-to cannabis resource with a focus on medicinal users to help support growers and smokers alike.Interested in starting your own guerrilla grow? Whether you’ll be growing your own crop outdoors in secret or planting seeds in the hopes of attracting the attention of the public, you can learn all you need to know about growing marijuana outdoors here.
© 2020 How to Grow Marijuana | Grow Weed Indoors