Who Is Ben Dronkers?

Some cannabis seed companies, like some mainstream businesses, are synonymous with a particular figurehead – usually the CEO and / or owner. Sensi Seeds, one of the oldest cannabis seed banks in the world, is also one of the most well-known, yet the name of founder and passionate cannabis enthusiast Ben Dronkers is not nearly as familiar to his fellow smokers as the names of the many Sensi Seeds strains that they will have sampled (it’s 2013. Who hasn’t smoked Skunk #1 by now?). So who is Ben Dronkers? Originally hailing from Rotterdam in the Netherlands, he began working on the merchant ships which sailed from the major port in his home city in his late teens. This early experience of travel and foreign cultures was an exciting adventure which undoubtedly broadened his mind, but he decided a sailor’s life was not for him and instead opened a shop selling clothing he designed and made himself. The garments had a quite flamboyant, medieval look and it was during his journeys through Afghanistan and Pakistan in search of suitable fabrics that Ben encountered hemp fabric, and the farmers growing vast fields of cannabis that gave him handfuls of seeds from their favourite landrace cannabis types. 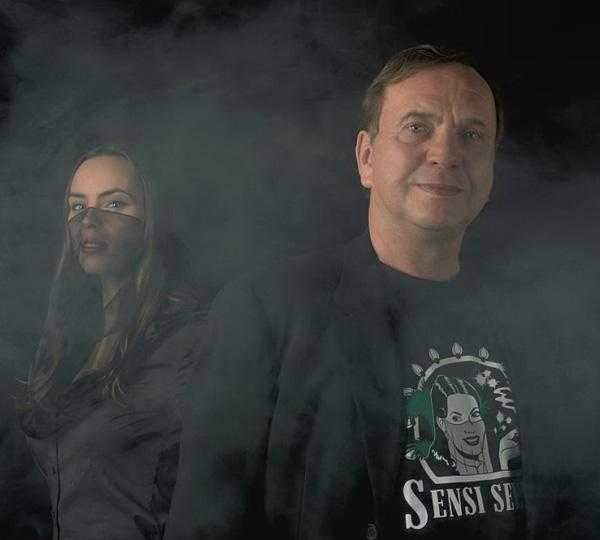 Returning to the Netherlands, Ben began experimenting with growing and interbreeding the different strains he had gathered. His own seed company The Sensi Seed Club, was established in 1985. A few years later, having acquired a fellow breeder’s company called The Seed Bank along with their genetic stock, Ben changed the name to The Sensi Seed Bank and brought out a new catalogue featuring an expanded range of cannabis seeds. Some of these wonderful old-school strains still feature in their catalogue today, including Hash Plant, Skunk #1, Afghani #1, Early Skunk and Early Pearl. Since these early days, with Ben Dronkers at the helm, Sensi Seeds has gone from strength to strength, and by 2007 when the company became the first seed bank to be inaugurated into the High Times Hall of Fame they had won more cannabis prizes than any other seed company in marijuana history. This is unsurprising given the big names in their seed selection, which include Super Skunk, Northern Lights x Haze, Black Domina, Big Bud and G13 x Hash Plant, aka Mr Nice. On the other hand it becomes more unusual once it is known that Ben was never very interested in fame or prizes; his passion lies with the ever-expanding list of applications for hemp and cannabis, and ways in which they can benefit people. It is this drive which also inspired him to create the Hash Marihuana & Hemp Museum, described as ‘the largest permanent exhibition of cannabis and hemp related artefacts’, and now famous the world over. Less famous, but equally important to Ben’s vision of re-establishing the cannabis plant in its rightful place as one of the best resources humanity has, is the industrial hemp processing company Hempflax. Ben Dronkers established Hempflax in 1995 at a time when the formerly thriving Dutch hemp industry was virtually dead; over the course of the next few decades, Ben practically revived it single-handedly. Hempflax now harvests thousands of tons of hemp per year, supplying both finished products such as animal bedding and care products, and base materials to many other companies which are now seeing the benefits of this durable and environmentally sound material. Although Ben is now in his sixties, he retains the same enthusiasm for cannabis that sent him around the world multiple times in search of the finest and most special genetics. He divides his time between Europe and Asia, still maintaining close ties with all of his companies and the many friends he has made during his adventures, and continually finding new ways to celebrate the wonderful plant with which he has had a lifelong relationship. Source: Sensi Seeds